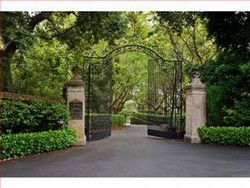 The Town of Hillsborough was founded at the turn of the 20th century as a refuge for San Franciscans seeking to escape urban living and the 1906 earthquake.  Hillsborough residents have continually worked to preserve the Town's relaxed country setting.  With only a few traffic lights and streetlights, trees, flowers and shrubbery continue to typify the Town's landscape.  Hillsborough offers its residents a rural charm.  In addition to its quiet atmosphere, it offers excellent public schools and a sense of strong community. 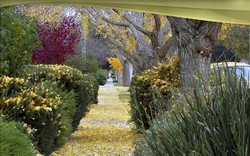 The City of Burlingame is located on the San Francisco Peninsula and has significant shoreline on San Francisco Bay.  The city is named after Anson Burlingame, who was an attorney and diplomat.  Burlingame was settled by wealthy San Franciscans looking for a better climate.  It is known for its high residential quality of life and is often referred to as the City of Trees.

San Mateo is located 20 miles south of San Francisco. The city was founded with the construction of the railroad to link San Francisco with San Jose, in the late 1800s.  The opening of the railroad service attracted many wealth San Franciscans to the area, and San Mateo became an ideal place for building summer and weekend homes for people who worked in San Francisco.  Today, San Mateo offers a wealth of cultural activities and events, as well as recreational opportunities and a vibrant and energetic downtown area 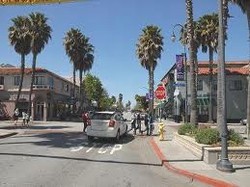 Millbrae is located in the heart of the Peninsula just 16 miles south of San Francisco.  Strategically located next to the San Francisco International Airport, Millbrae is gently cradled in the sun-warmed hills that separate the Pacific Ocean from the San Francisco Bay.  Transportation has shaped Millbrae's growth, from the turn of the century, when the #40 "interurban" streetcar traveled through the city, linking Millbrae with San Francisco and San mateo.  Today, Millbrae retains its "small town" feel while undergoing a major downtown revitalization.  Hilltop to bayshore, residents revel in the City's spirit of community and scenic splendors. 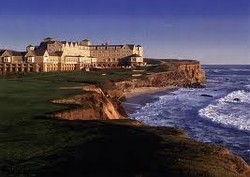 Half Moon Bay is a rural seaside community about 30 miles south of San Francisco, and only an hour's drive from virtually anywhere in the Bay Area.  It rests on the Pacific Ocean between forested hills and some of the most beautiful coastlines California has to offer.  The historic downtown is home to numerous shops, art galleries, bed and breakfasts and other businesses.  Local beaches and parks abound.  Residents of this charming community live a lifestyle that many think no longer exists in California.  Neighbors care about each other, schools are important and there is a sense of real community. 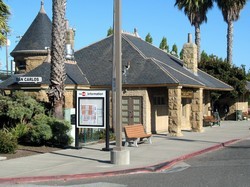 San Carlos, “The City of Good Living,” is located in the center of the San Francisco Bay Area and has everything at its doorstep. San Francisco is 25 miles north and San Jose is 25 miles south. San Carlos boasts an ideal climate, good government, an outstanding school system, attractive residential areas, a fine shopping district, excellent restaurants, a modern industrial and commercial area and plenty of open space. As part of the northern end of Silicon Valley, San Carlos hosts several technology companies and is the address of many of the West Coast’s biotech and medical instrumentation firms. You’ll find friendly, involved people here and an inviting community atmosphere. 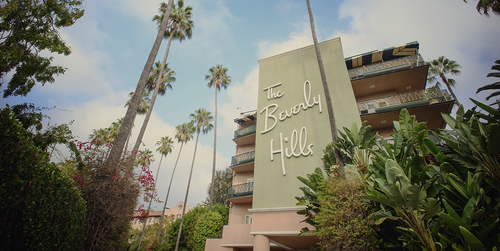 Opulent estates. Palm-lined Rodeo Drive. Lavish hotels and stretch limousines. Look around Beverly Hills, and it’s no wonder this city gets its reputation as an international symbol of the ultimate in luxury.
From the galleries and cafes of downtown’s Golden Triangle to some of the world’s priciest real estate in the hills above Sunset Boulevard, Beverly Hills lives up to its glistening reputation. Get a great look at its art, architecture, and history on the narrated Beverly Hills Trolley Tour. Or just stroll—there’s great window-shopping and people-watching not only on poshest-of-the-posh Rodeo Drive but also along Beverly Drive, home to the legendary hangout of the stars, Nate ‘n Al Delicatessen. And like a grand Old World promenade, historic Beverly Gardens Park trims Santa Monica Boulevard with fragrant roses, a cactus garden, and vintage fountains.